" I have seized the light, I have arrested it's flight"... Louis Jacques Mande Daguerre.

As part of my on going project of documenting Romania through change and non-change we made a series of images over a few days in summer on one of the only beaches in the country. Every year hundreds of thousands of people flock to it’s sands and shore during their annual holidays.

I conceived the work primarily to be seen as a series of prints in a gallery as I saw them like little paintings almost where all the characters are seen simply walking or running along the little boardwalk to the beach, each within the little two dimensional canvas. 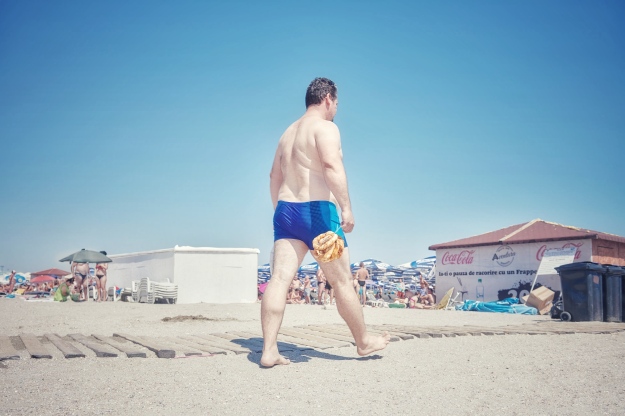 Very happy to be a winner with two images at this years contest and in the book and archive.

I’m particularly happy it’s two images from last years NGO work in Africa that have garnered the recognition from judges that included the picture editors of the New York Times , Time magazine and The New York Times magazine .

The first picture is of little Hasifa Bikobere and her sisters at their home in the district of Kamuli in Eastern Uganda. They have quietly slipped into the corner of their grandfathers bedroom where he is dying and stand in silence in the corner while their mother nurses him.

The second picture is of their grandfather -Mr Livingston Nsaawa being tended by his daughter Winfred, the children’s mother,  he passed away not too long after my visit and was buried on land attached to the home as is the custom . 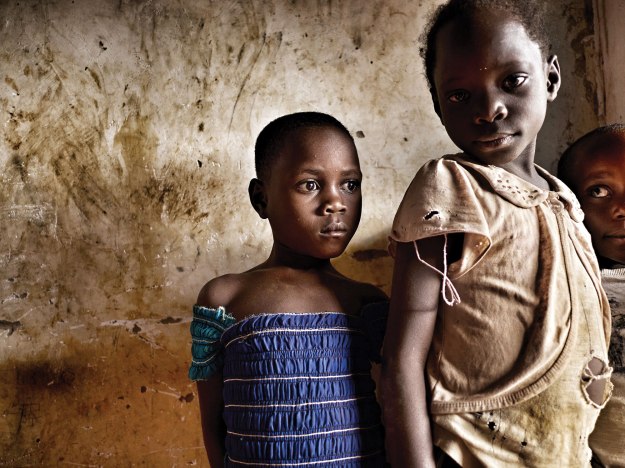 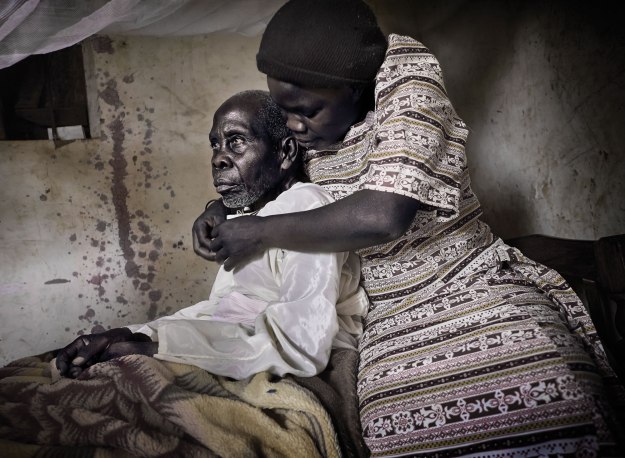 Very honoured last month to be asked to show some of the work that I make for the FairTrade organisation and Cafe’direct , being interviewed before a audience by the ex head of marketing Humphrey Pring while presenting the work.  We discussed the many stories and the logistics I  needed to overcome in the making of the images throughout various remote regions of the world . 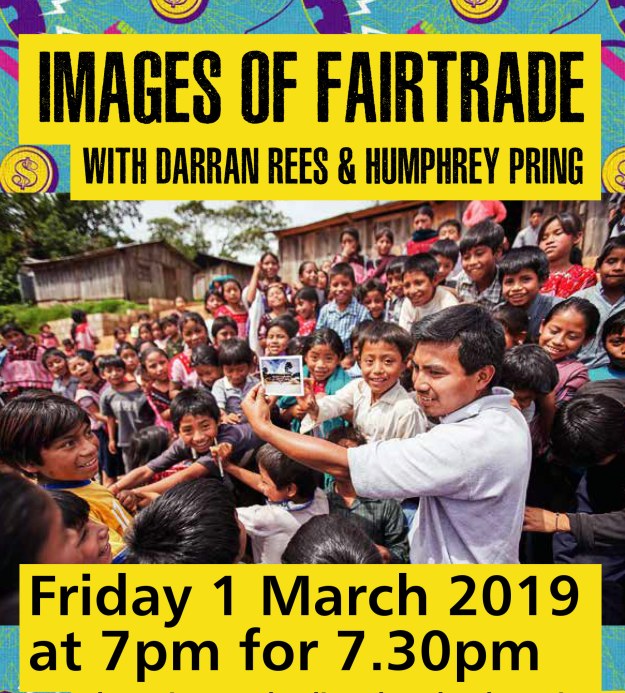 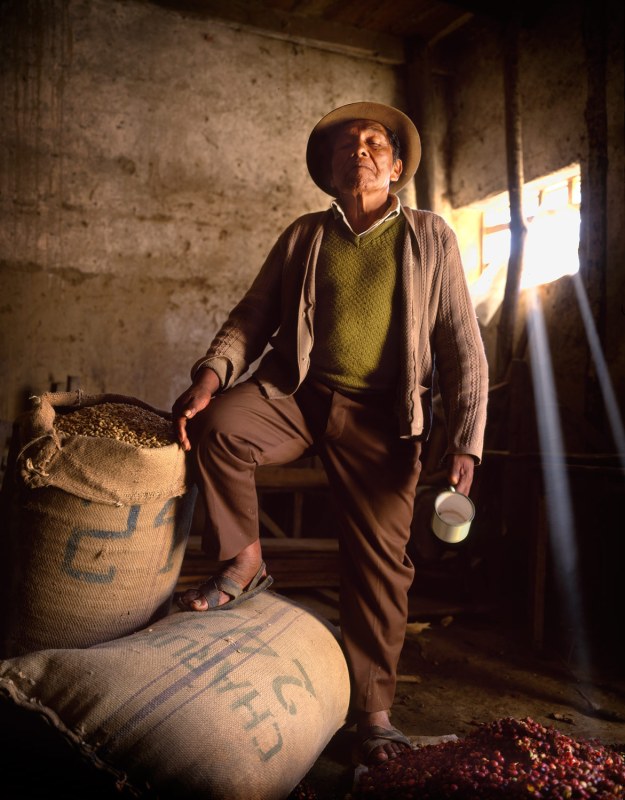 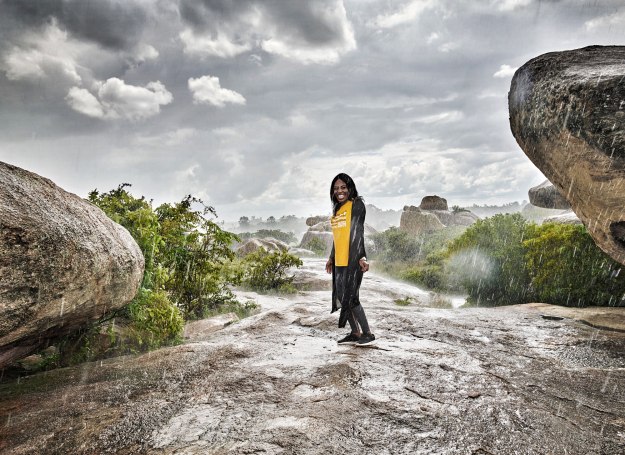 Recent portrait commission in Minsk , Belarus and spending a few days with

Capturing 30 years of Send a Cow in Uganda, by Darran Rees

39-year-old Olivia sits in the rudimentary kitchen of her mother Kasilina’s house while she is visiting with her children. She is trying to persuade her little boy to comb the doll’s hair but he’s not too sure about it. Behind her sits her 17-year-old cousin Stuart who was stricken and disabled with cerebral malaria when he was just three months old. One of Olivia’s four twin girls, Babirye, carries another cousin through the back door of this small basic two bedroom home where her 70-year-old mother has lived for over 20 years .

I had the opportunity to visit with this wonderful family during my recent 10 day shoot and commission for Send a Cow’s 30th Anniversary celebrations this year. I was there primarily to describe the stories of generational change brought about for, and by, the families who first received a cow from the UK 30 years ago. I had spent the night in a small tent outside the house making a kind of time lapse Night to Day image which told the story in one picture and then stayed with them throughout the morning making photographs of their family time together.

Among all of the unique experiences I had and the hardships I witnessed during my visit to Uganda in January it was my time with Kasilina at her home that touched me the most. Despite a long life of hardship and sacrifice, Kasilina has met it with grace, resilience, fortitude and a strong faith.

This amazing woman has not only managed to raise her own family single-handedly and send them to school – as Olivia here can now do with her own young family – but is currently bringing up three of her own grandchildren, a young niece and two nephews, including disabled Stuart, who have all lost a parent. This picture for me encapsulates this in one moment observed, of a family whose life is in transition, a picture of hope and a picture of the future.

Seeing first hand throughout my journey the sheer strength and positivity of people despite their obvious disadvantages, their determination to do what one could – if not for themselves then for the next generation – had a strong effect on my work. To witness how this unique organisation has enabled such people, firstly in Uganda and now throughout Africa, to realize these potentials, believe in their dreams and to at least have what we have in the West – a chance – was inspiring.

By the time this is published, Kasilina and the kids will have moved into her newly built house overlooking the distant shores of nearby Lake Wamala. She informed me that would never have happened if “it were not that cow.” 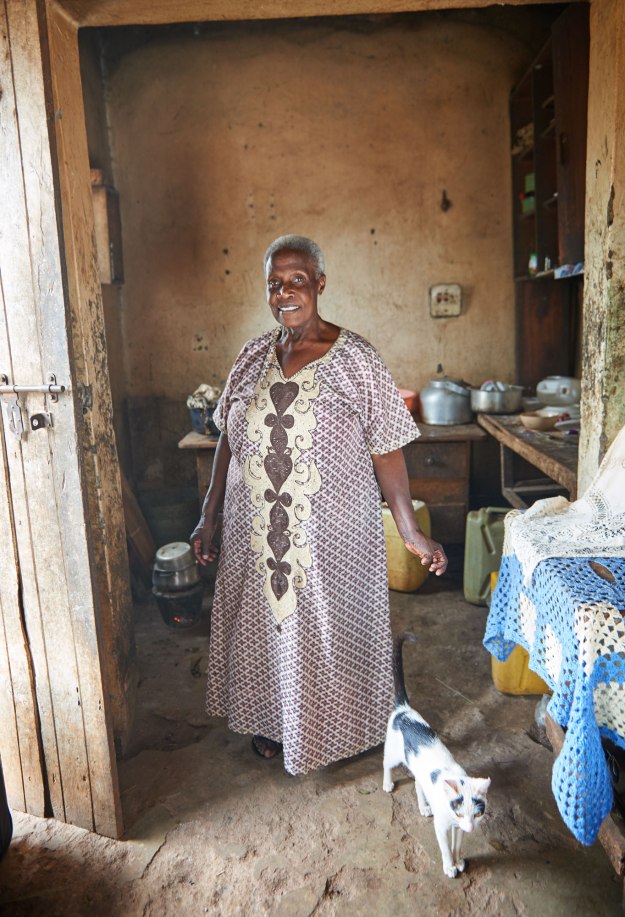 It was a great privilege to be asked to take part in this celebration and to photograph individuals and families in Uganda who have been beneficiaries of the kindness, wisdom and education of this amazing charity started by a few UK based farmers 30 years ago this spring. As part of this years SAC 30th Anniversary generational change launch I spent most of January traveling throughout Uganda photographing outreach disability projects for SAC as well as meeting three families who’s lives have been changed over the thirty year period since they first received a cow from the UK. It was my brief to record visually- through photography how their lives and the quality of their lives have been enhanced since first working with SAC.

The banner image concept I came up with that hopefully tells the story in one shot is seen here. It shows the home and the family who received a cow 30 years ago. I spent 16 hours in a tent making a series of time-lapse stills outside Kassillinas’s house here.  Kassillina , on the right, resplendent in her orange Sunday best is seen with her daughter Olivia- her new baby and her two sets of young twins . Through SAC and the donated cow, families could afford to purchase a solar panel, their children could study after dark by the light it provided , they could go to a decent school and get a good education -all afforded by the bi-products of the cow, milk to sell, better fertiliser from the dung and more produce to sell as a result etc . Kassillina’s daughter was then able to get a decent job and in turn send her children to a good school ( seen here in their smart uniforms ).

* More details , pictures and individual stories can be seen on my Instagram feed #darranrees  on the right of this screen.

Olivia with her children in her Mothers kitchen

Babirye in her Grandma’s kitchen

One of my pictures from the ‘There America ‘ series has been selected into this years Landscape Photography awards at the Centre for Fine Art Photography in America. The exhibition will take place in the main Gallery at the Carnegie Center for Creativity in Fort Collins Colorado June13-23. 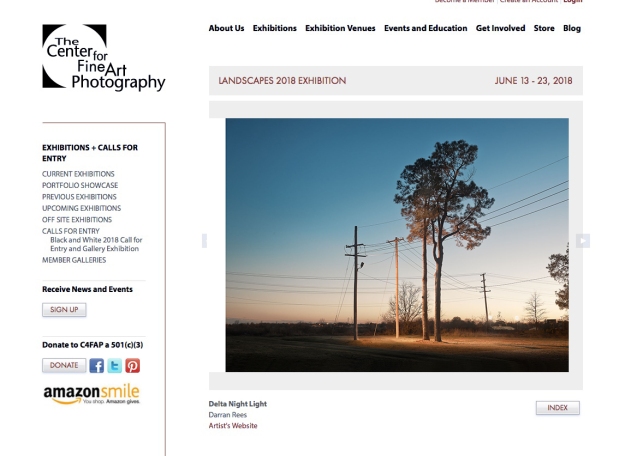 Great to have one of the Liberty Mutual / Havas NY shots from the campaign choosen in the Honorable Mention category at the awards last month.

A wonderful opportunity to get to meet the amazing art producer , creatives and producers at the Apple Photo Department in San Francisco this month . The portfolio/book seemed to go down very well,  as did the little 20 page magazine we created – made up solely of iPhone ‘snaps’ , simply as a little leave-behind-thank-you. Here is the cover.

I am fortunate in having the friends and colleagues that I have in the USA, along with the new friends and creatives I made and met on the trip to Apple combining portfolio viewings in Chicago , San Francisco and Los Angeles . Specific thank you to you both at LEO BURNETT. You great guys at MUH.TAY.ZIK / HOF-FER . You at MULLENLOWE ! , you at ARGONAUT , VENABLES and you at BUTLERSHINESTERN for the great response and help with finding a new U.S. representative . Thanks all.

On the L Train Chicago